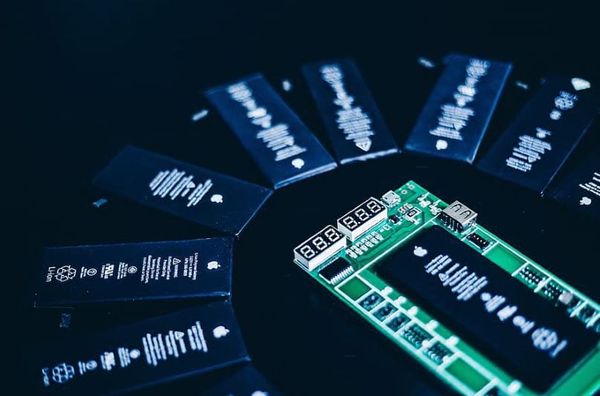 The Long Wait for Advances in Battery Technology

Phones, cars, tablets, and other tech advance by leaps and bounds every single year. Since the iPhone was launched in 2007, for example, we’re now on the twelfth edition of the model. Announcements of new and exciting products seem like a monthly event.

The lithium-ion batteries that power these devices, however, haven’t changed for decades. We’re still using the same basic tech with little to no improvements. Think about it: your old Nokia 3310 used to last days before you needed to charge it again, while you’d be lucky to get a full day out of your smartphone.

While people have been pessimistic about major developments in the battery industry, things may change very soon. There are some exciting changes in the pipeline that may revolutionize how we power up our devices.

Stunting Growth in the Tech World

While you can now get battery powered lawn mowers that can mow a decent sized lawn on a single charge and comparable devices that do last longer, this is mostly due to advancements in other areas of the products, making them more energy efficient at what they do.

Better batteries will equal better products, period. You get devices that can do more and last longer, purely battery powered transportation without the anxiety that you’ll end up stranded in the middle of nowhere, and energy storage solutions for data centres that are more efficient and friendly to the environment. The list goes on.

Quartz explains the energy problem really well using a loaf of sliced bread analogy. One loaf is an anode, the other a cathode. Depending on the state (charging or using energy), the flow of lithium ions go to and for from the electrodes. The capacity of a battery is essentially determined by how fast this happens.

The problem is in turning up that speed. Attempts to do this too quickly has led to quick breakdowns of the batteries, which is a) frustrating and 2) potentially dangerous. The good news? There seems to be a sliver of light at the end of the tunnel.

Several companies and academics have made huge strides in battery technology in recent years. Hailaing Wang, lead researcher of a group of Yale scientists, published a paper detailing the potential of high-capacity batteries based on deeply cyclable lithium metal anodes.

Wang describes the exciting development as an aggressive attempt to extract energy from 80-90% of the lithium through a deep-cycling process. They did this by immersing a glass fibre separator in a lithium nitrate solution prior to the battery being assembled. During operation, they observed that the slow release of said lithium nitrate and its subsequent decomposition greatly boosted overall performance.

Ionic Materials, based in Woburn, Massachusetts, is tackling the problem from a different angle. They’re looking to use an ionically conductive polymer as a replacement for the standard liquid electrolyte. The idea is to get rid of the highly flammable liquid with a material that is solid, capable of withstanding higher temperatures.

This development would allow, in theory, for greater capacity batteries. This would be an ideal development for the car industry, for example, where current batteries are not enough for longer car journeys. And for those of you who suffer from exploding smartphones (yes, it happens), this is a fantastic development indeed.

Ionic Materials CEO Mike Zimmerman hopes that his approach will circumvent one potential roadblock: manufacturing. He plans to license the technology, which means production at scale won’t be an issue for him.

This is something that academics face all the time; without the leverage and tech of companies like Apple or Tesla, commercial production is nearly impossible. Is a licensed approach the way of the future?

We May Have to Wait a Little Longer

Whilst the proposed improvements to batteries are certainly promising, we’re ultimately some way off a new revolutionary product hitting the market. That’s the frustrating reality.

Wang’s team, for example, has admitted that while there’s good progress, they’re far off a commercial product. And Toyota, who have poured vast resources into high-capacity solid state batteries, announced it’s having issues developing a sellable model.

The reality is this: we’re seeing some real progress behind the scenes, which is far more than what’s happened in previous decades. However, we’re likely to be stuck with battery packs, frequent charging, and dying smartphones for a while yet.

Darren is the founder of experteasy.com.au his background in software development helped launch the expertEasy platform following late nights and lost weekends, he lives in Melbourne.

How To Secure Your Home From Criminals