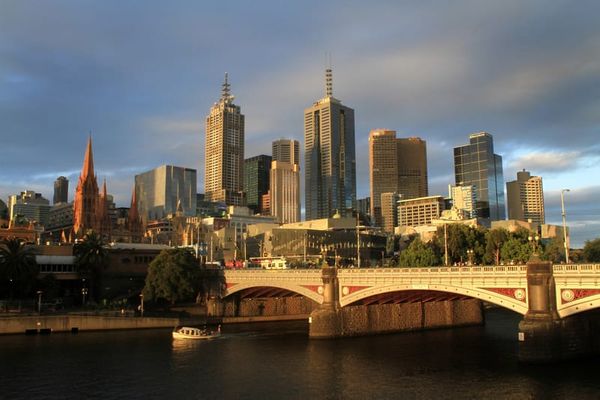 Moving to Melbourne from Outside Australia

International immigrants have been flocking to Melbourne, Australia. In 2017-18, approximately 78,000 people made the move. More are expected in 2020 and the years beyond. Perhaps you’re hoping to join them. The following is a relocation guide for people who want to move to Melbourne from outside Australia:

Choosing Your Living Space in Melbourne

It is possible for foreigners to buy property in Australia, but you will most likely need to secure approval from the Foreign Investment Review Board (FIRB) first. The government does place some restrictions on property ownership by foreigners.

Many foreigners who immigrate to Australia prefer to rent a residence. The rental market in Melbourne is strong, with rentals being available in various locations around the city. The city’s current median weekly cost for a property rental is $420.

For foreigners, working in Australia typically requires a work visa. There are multiple types of work visas available. A popular option for young people is the Work and Holiday visa (subclass 462). This visa is available to people between the ages of 18 and 30 who want to work in Australia for the purpose of funding their travel in the country. However, there are other types of work visas available in addition to this option.

Keep in mind that it will most likely take at least 8 weeks for the relevant authorities to process your visa application. You will need to have a valid passport with at least a 6-month time frame before it expires. Medical examinations may also be necessary.

Some industries in Australia are regulated by federal, state and / or territory governments. Others are unregulated by the government, but there may be trade organisations present that dictate a code of ethics and minimum requirements for conducting business in that industry. The end result is that some occupations in Australia require specific training that may not be a requirement in your home country or your home state.

For example, in most areas of the United States, landscapers don’t typically need any special training or qualifications to find work. They’re able to learn the necessary skills simply by gaining experience from doing the work – perhaps learning by landscaping their own gardens before offering their services to others.

Landscapers in Melbourne are also technically able to work without formal qualifications; however, native-born Australians who wish to become landscape gardeners in Victoria are frequently eligible for government-subsidised training in subjects such as horticulture, landscape design and landscape construction. There is also a trade organisation with a code of ethics that requires training and educational development. This results in an environment where landscapers are extremely well-educated, and it becomes challenging to be competitive in the job market if you don’t also have equivalent education and training.

Another example: Personal trainers are not regulated by the Australian government. However, there are two trade organisations that each require completion of a training course and first aid courses and adherence to a code of ethics before they will grant member certification. Many Australian fitness centres require their employed trainers to be certified by one of these trade organisations. The end result is that personal trainers in Melbourne generally need to complete at least a Certificate IV in Fitness or an equivalent training programme, plus the relevant first aid courses in Melbourne, before they will be able to find work.

You can use the Victoria occupations explorer to learn more about the specifics of your chosen vocation in Melbourne.

How to Find Work in Melbourne, Australia

Finding work in Melbourne is similar to finding work anywhere else in the world. It’s helpful to use your personal and professional networks to locate job openings. The internet can also be a useful source of information.

If you’re from the United States, you’ll want to have an understanding of an important cultural difference between job hunting in the USA and Australia. Australians tend to attach more importance to a job’s selection criteria than Americans do; and, in fact, Australian employers tend to expect that job seekers will send a separate document detailing how the applicant meets the job’s selection criteria. This document should be included along with your CV or resume and your cover letter.

Understand that the Australian work week may be longer than the typical work week in your home country. Many Australians work longer hours than their counterparts in other countries do.

Melbourne offers multiple options for public transportation including trams, trains and buses. You’ll need a Myki card to take advantage of these options. You might also be able to drive in Melbourne; see this page for applicable rules and regulations.

Now you’re updated on some of the most important considerations to be aware of when moving to Melbourne, Australia. The things mentioned above are some of the trickiest things for foreigners to deal with when making a move to this city. The other important things – like figuring out your new favourite brunch spot and sports teams in Melbourne – will be easy in comparison.

Darren is the founder of experteasy.com.au his background in software development helped launch the expertEasy platform following late nights and lost weekends, he lives in Melbourne.

How To Secure Your Home From Criminals